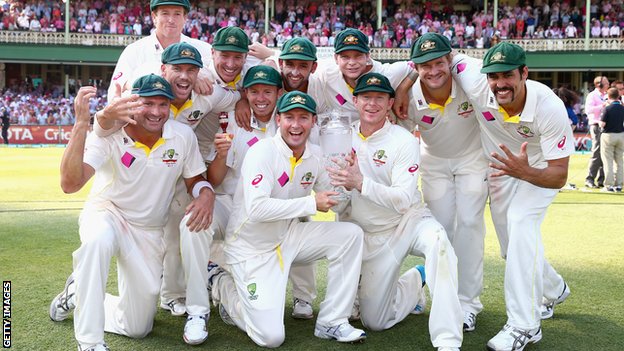 "Everybody has a plan until they get punched in the mouth." - Mike Tyson.

In the summer of 2013, Engand trounced Australia to win the 2nd Test by 347 runs to take a 2-0 lead in the 2013 Ashes series. In his post-match press conference at Lord's, Australia captain, Michael Clarke declared his belief that his Australia side could win the final three matches of the series to regain the Ashes. This statement elicited bouts of derisive laughter from the press, and likely many England cricket fans.