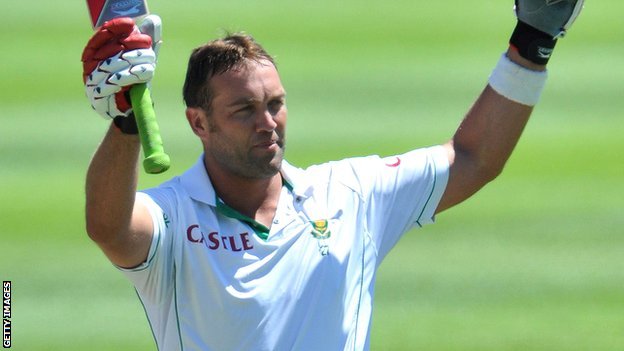 As Jacques Kallis left the Kingsmead field for the final time as a batsman on Sunday, the home crowd acclaimed a man who will surely go down as one of the finest South African cricketers of all time[1]. Ending his career with another well-crafted century - his 45th Test hundred - it would be natural for one to resort to the warm blanket of reverie, and look back over an auspicious career.


However, it would be tough to do so without realising that this year has lent rather curiously to sporting reminiscence, as Kallis is one of a list of sporting stars to have retired in 2013. While 2012 was memorable for Britain's sporting annus mirabilis, this year has been notable for some of sport's great practitioners taking their final bow.

Football's very own 'Don Corleone', Sir Alex Ferguson also retired, bequeathing Manchester United their 20th English league title. On the subject of managers, Ferguson's career has demanded that he enter the conversation when talking about the "greatest ever..."

And you'll be hard pressed to find a more emotionally affecting occasion in the sporting world this year than Mariano Rivera's final bow at Yankee Stadium.

While sporting ends are an inevitable part of the vicissitudes of sport (as they are in life), what made the aforementioned five stand out is that they appear to be the concluding remnants of an era when sporting excellence was the only barometer of success.

Yes, they also showed incredible durability and consistency in their chosen sports. But we live in the age of the sports-industrial complex, where trophies and records are a means to a deciduous end.

Looking at a large swathes of the most famous athletes on the planet, it seems that while success on the field of play does one no harm, it's no longer a pre-requisite to being known. Too often these days, sport is about grabbing the attention of the casual viewer, turning it into a 24 hour soap-opera, facilitated by Sky Sports News and SportsCenter. Bigger stories means bigger ratings, garnering more advertising revenue. Sport has become one of the world's most reliable cash cows to the shrewd investor.

This state of affairs provides a fertile foundation for events such as The Decision, Cristiano Ronaldo racing against a Bugatti Veyron, and an FC Barcelona land - sponsored by Qatar Airways of course. Everything has to become must-see television. To misquote former Prime Minister Harold MacMillan, it's all about "Events, dear boy, events."[2]

So, as we say adieu to 2013, we may also be bidding farewell to an era of sport where trying to show the best of oneself is all that mattered. It's not only that Kallis, Ponting, Tendulkar, Ferguson and Rivera all had careers to cherish, but for them, sporting success was always its own reward. It would be overly bleak to say that we'll never see their like again, but they're an increasingly endangered species.

P.S. You may have noticed that I omitted David Beckham from the list of sporting retirements. If I was looking at iconic sport's figures, he would be a cert. But like The Times journalist, Simon Barnes, I feel that while Beckham had a fine career, he never achieved sustained greatness (although it wasn't for the want of trying).

[1] However, the gaps in the crowd are a perennial warning klaxon that Test cricket appears to be a sport on life support outside of England and Australia.

[2] One could contest that this is nothing new. After all, Jesse Owens was once left with little choice but to race against horses.

"The Greatest Events in Sporting History" is available to download from http://www.simplysyndicated.com/shows/sportinghistory/, e-mail us at sportshistoryshow@googlemail.com and you can follow us on Twitter @TGEISH
Posted by Shane at 00:17