The Politics of Sport - Small Steps Are Not Enough 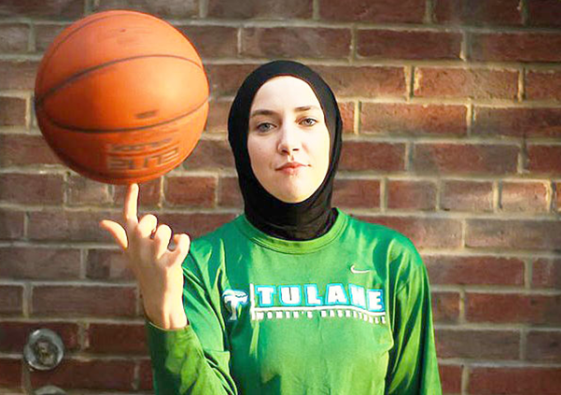 It was long overdue, but basketball's governing body, FIBA recently decreed that players will be permitted to wear religious head coverings during play. Further good news in the sporting world came as the R&A members announced that after 260 years, women now have the opportunity to be members of the club at St Andrews.

While these are stories to be celebrated, the question has to be asked why these decisions ever had to be made?

The ban on headcoverings in basketball was an adjudication that heavily affected Muslim and Sikh players. This is not an accident. We live in a world where much of the West has a reductionist view of Islam. Hijabs, turbans, and brown skin come couched in assumed danger and oppressive behaviour - things that ostensibly don't mesh well with the joy and fun inherent in sport.

And while there's a world of difference between Islam and Sikhism, the Islamophobia in the aforementioned mindset isn't just visited on Muslims, but on many people of South Asian descent - whether they are religious or not.

In 2012, there was a horrific event of a terrorist attack on a Sikh temple in Wisconsin, when a white supremacist killed seven people after unleashing gunfire on the temple. This links into FIBA's ban on headcoverings, because of a fear that's deemed to be acceptable; that Islam - and anything connected with the faith is something to be wary of.

So whether a broadcaster funded by the public (a public that includes Muslims) airs terms such as "of Muslim appearance", to daily harassment (with a misogynistic bent), to being forbidden to play sport, Muslim citizens are the victims of a problem they didn't create.

Indira Kaljo, whose bravery began the call for change, said of the headcovering ban, "If there's a valid reason [for the ban], give it to us." The fact that Islamophobia counted as a valid reason speaks volumes, It should be stated that the allowance of religious headgear is only on a two year trial basis. I didn't realise that justice was something that had to be "tried out", as if it's deciding to join your local gym.

When looking at the R&A lifting the ban on women members[1] at St Andrews, it's equally farcical that this is a fight that needs to be had[2]. St Andrews is the spiritual home of golf, lovingly given the moniker of "The Old Course". It'd be like banning women from being at Wembley or Croke Park.

Golf remains a sport that functions - as Simon Barnes brilliantly put it - as a shed. A place free of women, because how can men have fun if women are around, amirite??

But exultation at this ruling should be tempered for a number of reasons. Chief among them being that other major golf courses in Britain, such as Royal Troon, Royal St George's, and Muirfield still have bans on female members. The endemic sexism in golf is unlikely to change until action is taken in the sport that goes beyond the cosmetic.

Most of all, however, I'm aggrieved because sport is something that everyone should have the option to take part in. The atavistic joy that can come from running, jumping, or kicking a ball is a pleasure that should be available to all.

Lest we forget, these rulings aren't about the minutiae of high-profile sport. This isn't to do with the use of vanishing spray[3] in football, or the recent spate of chucking in international cricket. This is a long held understanding that the base pleasure of sport is only eligible for some.

And who decides all this? As said in a previous post, white cisgender men. In both of these examples, it's marginalised groups of people who have to campaign and lobby the gatekeepers just to be allowed to play.

This is why the maxim about keeping sport and politics separate is so asinine. It's because of the politics of those with power, which prevents others from being able to play sport. If you want to keep them apart, your ire should be directed towards those at the top. These new changes may be positive, but they're not structural.

While it's their game, they'll always get to make the rules.

UPDATE: The Qatari women's basketball team withdrew yesterday from the Asian Games, as the ban is upheld for this specific competition. In a tagline that seems more like Orwellian farce, the slogan for the tournament is "Diversity Shines Here".

This piece was originally published on Media Diversified.


[1] - By the way, while I expect things to remain difficult for women members regardless, I'd wager that no consideration was taken regarding potential transwomen or non-binary members during the ruling.

"The Greatest Events in Sporting History" is available at https://soundcloud.com/sportshistory and http://www.simplysyndicated.com/shows/sportinghistory/, e-mail us at sportshistoryshow@googlemail.com and you can follow us on Twitter @TGEISH
Posted by Shane at 17:11