The Politics of Sport - Why I Affirm South Africa's Affirmative Action 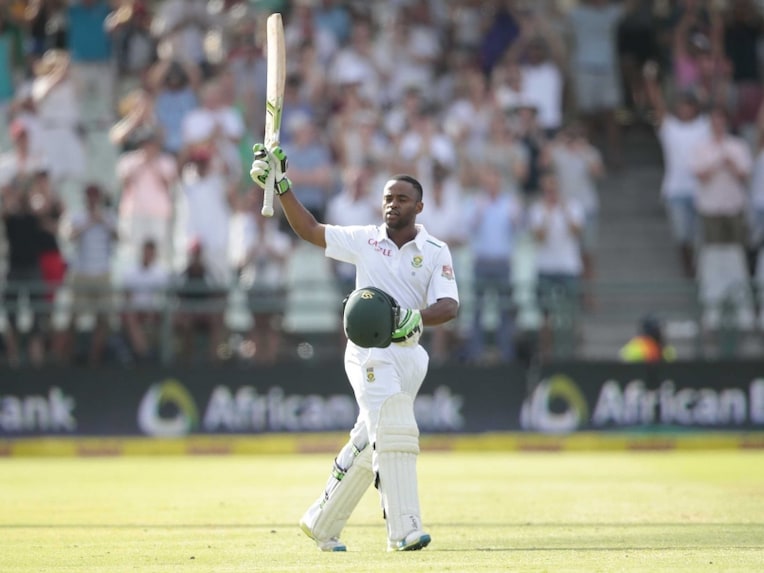 "Always going to be a question mark against any black player who plays for South Africa... Has he been picked for his race and colour, or is he any good... nobody's going to say, but everyone's thinking it."

The series that has just concluded between South Africa and England (which England won 2-1) has been a palpable instance of sport intersecting with politics. Indeed, it might be one of the clearest instances we see in 2016 - and that's in a year where we still have the Olympics to come.

Before the series began, South Africa were ranked the World's No 1 team in Test cricket. But after a crushing 3-0 series loss away to India - and the aforementioned defeat to England - caused them to surrender their lofty position atop the rankings, an explanation for this has been sought by the punditocracy. And one theory proffered has been South African cricket's quota system.

Whether it's a law or a guideline depends on who you speak to, but it seems that at Test match level, South Africa's ideal is to pick a minimum of four players of colour. The chief executive of Cricket South Africa (CSA), Haroon Lorgat insists no such mandate exists at international level, although there is a quota in place for their franchise system.

Recent poor results has added grist to the mill of those who want to keep such explicit political aspects out of their sport, and not just in South Africa. Indeed, it's been interesting watching pundits employ linguistic gymnastics; itching to decry making race a part of selection policy, but not wanting to sound like Oliver Letwin or Don Imus.

While yet another tale of sport's inevitable collision with the wider world, what makes this one slightly different is that most governing bodies specialise in lip service and dissembling around political sporting matters, but in this instance, CSA are actively engaging with wider issues.

I suspect the racial make-up at the head of South African cricket is a key factor. As well as Lorgat, the convener of their selection panel is Linda Zondi, while Russell Domingo is South Africa's head coach; all men of colour.

Cricket has a general consensus when it comes to the game's finest ever batsman: Don Bradman. A contemporary viewpoint might tender the names of Viv Richards or Sachin Tendulkar[1]. But the cricket hipster may advance the case of Graeme Pollock. His career was truncated due to South Africa being banned from international cricket due to the country's racist apartheid policies, but all who say him play talk of one of the finest to ever grace a cricket pitch.

There's no doubt that it was a loss to cricket for Pollock to only play 23 Test matches, the same goes to his contemporaries like Barry Richards or Clive Rice. But when one hears wistful retrospectives of the men, their stories are centred to a worrying degree, especially when you consider just what else was happening in South Africa at the time.

So let's make this plain. Pollock, Richards, Rice, or any other white South African cricketer were not the victims during apartheid, they were (very minimal) collateral damage. Obviously there were greater atrocities occurring than the enjoyment of cricket, but even if you want to keep this discussion enclosed to the sport, think of how many players of colour had the talent, but not the opportunity to display their talent due to the most brazen white supremacy.

A man like Basil D'Oliviera wasn't an anomaly. He wasn't part of the "talented tenth". He was just (relatively) fortunate. How many other occasions did South African cricket spite their own faces by missing out on talented PoC players? How many have potential that remains untapped today in a space where even South Africa's Minister of Basic Education is fair game to be targeted for racism.

This is why CSA's measures to try and make the pathways to their national side more equitable are to be lauded. One can debate and critique the specific methodology, but no fair minded person can assert that no action is required.

As with most places, cricket remains a sport for those of means, which often makes it prohibitive in a nation where racism intersects with poverty. Along with Bavuma, fast bowler, Kagiso Rabada also shone in the England series, but they both had the privilege of well-resourced education to ease their journey into cricket's elite level. Cricket is still seen as a sport for the affluent, while poor black kids are expected to stick to football.

What was telling is that even though there is discord around South Africa's responsibility - or lack of - to pick an XI that wholly represents the country better than it has in the past, Bavuma's century was rhapsodically received by fans of the Proteas, heralded as a potentially transformative moment in South African cricket, and South African society.

Such a reaction should clearly discern how inherently difficult it is for black cricketers. Nevertheless, it appears there is a genuine hunger - from black and white - to disentangle the Gordian knot of racial inequity in sport. But what some don't seem to comprehend (or many don't want to) is that such a problem can't be fixed without patience, toil, and persistence, even in the face of disappointing results. Far too many want to solve this complicated equation without showing their work.

Another reason why Bavuma's century may have greater resonance than Rabada's bowling exploits (he finished as the leading wicket taker in the series) is the reductive consensus around batting. A bowler can ostensibly succeed through raw power and force, while a batsman - at Test level - needs to display discipline, composure, and calculating judgement - things that black people supposedly lack.

But one can't bask in Bavuma's achievements without committing to the process that gives players like him a fair chance to flourish[2]. Watching your team win is something to be enjoyed, but using sport in order to foster greater social equity is something to be treasured, even if the win/loss column doesn't always make for pleasant reading. This is only one aspect in a long held debt that is owed to South Africa's PoC, and if allowed to take root and blossom, is more important than any trophy that can be won.

Make no mistake, Leicester City are in this title race. And while still third favourites behind Manchester City and Arsenal, it would be folly to write them off with total certainty. So it's with less than total certainty that I'll explain why they won't be Premier League champions in May.

What happens if Leicester are two points clear with six games remaining? A season that's been a carefree funfair suddenly becomes serious. Thoughts of winning the league no longer quixotic, but tangible. So far, Leicester haven't had to deal with much in the way of expectation, but what happens if Champions League qualification is secured, and the only remaining target is the title?

The one opponent Leicester haven't had to deal with yet is pressure. The unwelcome but inevitable moments where doubt slithers into one's consciousness, where you are faced with notions of just how terrible it would be to come so close, only to end without incarnated success. Leicester have been the story of the Premier League, but if they are going to fall away from the summit, it might be kinder to their fans for them to do so now, rather than in April.

[2] - It should be noted that Bavuma's century may never have happened without the assistance of his (then) captain, Hashim Amla - a fellow PoC. Amla delayed a first innings declaration to give Bavuma the time to get to three figures, a perfect microcosm of the aims of CSA.

"The Greatest Events in Sporting History" is available at https://soundcloud.com/sportshistory and http://www.simplysyndicated.com/shows/sportinghistory/, e-mail us at sportshistoryshow@googlemail.com and you can follow us on Twitter @TGEISH
Posted by Shane at 22:47