Building Upon The Rock Of Rio Puts United In Pole Position 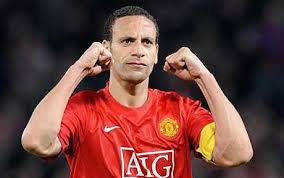 Being raised as a Christian as a child, one of the Sunday School stories I remember was the parable of the man who built his house upon a foundation of rock. When a flood arrived the house remained steadfast & upright - unlike the man who built his house upon the sand. Like all Sunday School stories, the moral was simple. Make sure your foundations are strong.


In the second-half between Manchester United and Arsenal on Monday night, Arsenal dominated possession in search for an equaliser. They pressed and probed, trying to find a way past the Man.Utd defence. But United held firm, and went to the top of the Premier League.

There is something of an ominous look about the Red Devils now. While they have been nowhere near their best, they have remained unbeaten, and the return from injury of Rio Ferdinand has coincided with an upswing in United's fortunes on the pitch. While Ferdinand was still recovering from the knee problem that kept him out of the World Cup, United stuttered against the likes of Bolton and Stoke. But recently, they have begun to shift out of neutral. Blackburn received a hammering at Old Trafford, Manchester City barely troubled the United defence in the Manchester derby and Monday night's win over Arsenal was achieved in relative comfort. Bar a handling error from Edwin Van Der Sar, the Gunners were kept at arm's length throughout the match.

Not only is Ferdinand's class and experience an obvious boost to any team, but it has also rejuvenated his centre-back partner, Nemanja Vidic. Pundits often like to talk about the symbiosis between forwards (especially as more teams have played 4-4-2 this season) but partnerships between centre-halves are often overlooked. And there's a common thread that runs through the best centre-back partnerships - the formidable, hard tackler and the more cultured ball player who anticipates danger. Gerard Pique & Carles Puyol at Barcelona for example. Many like to focus on their forward play but how often do you see attackers getting past those two? Part of Chelsea's problems have come from John Terry no longer playing alongside Ricardo Carvalho this season.

Ferdinand and Vidic fit the model of the solid defensive rearguard perfectly, and it makes Manchester United's job a lot easier in matches. Against Arsenal, the players could take to field in the knowledge that if they score the first goal, then the likely event is a victory as they have two players at the back who will give the opposition nothing to work with. Worst case scenario, they'll still get a draw from the game.

When United last won the Premier League in 2008/09, they couldn't rely on Cristiano Ronaldo producing another 40 goal season. By this time, he was already pining for a move to play for Los Blancos in Madrid. That title campaign was built on their defence. They kept 24 clean sheets in their 38 games, 11 of them coming in consecutive matches (still a Premier League record). And now they are 2 points clear at the top, also with a game in hand. Win that, and they go 5 points clear - their superior goal difference turning that lead into an ostensible 6 points.

In a season where there is no outstanding team, anyone can beat anyone, and even the less established sides are going out to win games, it may be the club who defends the strongest that will prevail come May. Sir Alex Ferguson looks to have built his house upon a foundation of rock. And if Ferdinand can stay fit, (a big if) he and Vidic could be the key to Liverpool's record of 18 domestic titles being washed away.


Don't forget to download 'The Greatest Events in Sporting History'. Available at http://sportsevents.libsyn.com/ or at www.simplysyndicated.com, e-mail us at sportshistoryshow@googlemail.com and you can follow us on Twitter @TGEISH
Posted by Shane at 16:14