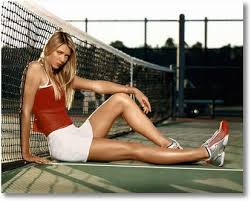 As this year's US Open women's final became one of the most one-sided Grand Slam tennis finals for years, the narrative thread drawn up by the press was both inevitable and disheartening. Since 2007, when Wimbledon finally came into line with the rest of the Grand Slam tournaments, women now receive the same amount of prize money as their male counterparts. Well that's good isn't it? Equality and all that jazz. What possible qualm could anyone have with this?


Alas, it's tough to read a match report of Kim Clijsters demolition of Vera Zvonareva on Saturday evening without having journalists bemoan the prize money that the two finalists earned. This is only exacerbated by the comments section below the articles in the online editions. And don't think this opinion is from an isolated writer on a newspaper with questionable views on women. We can't lay the blame at the door of The Daily Mail here (in fact they steered clear of any gender sniping). This viewpoint can also be found in the columns of more centrist & left-leaning papers as well.

Clijsters hammered Zvonareva 6-2, 6-1 in under an hour. And the argument is that such a quick final negates them receiving as much as male players, who are often on court for longer.

I would freely admit that as a spectacle, this year's women's final at the US Open was anaemic. Zvonareva was overwhelmed by the occasion and Clijsters devoured her as a result. The women's tournament as a whole this year was short of the standards hoped for from tennis fans.

But this misses the point entirely. Claiming that women players are undeserving of the money they earn because they only play matches to the best of three sets (the men play best of 5), or that too many matches are one-sided and are over quickly is nonsensical. If you go by the rationale that there is a corollary between the duration of sport & value for money, then the only events people would bother with are ones that go on for hours such as baseball. And the most watched sport worldwide would be Test Match cricket or yachting, which goes on for days.

But that's not how it works. Quantity is not directly related to how much a sport is worth watching. I don't think the crowd in the Bird's Nest Stadium at the 2008 Olympics complained when Usain Bolt broke the 100 metres world record. Could you imagine hoards of fans storming out onto the streets of Beijing feeling let down by this? "9.69 seconds! Is that it?? What a rip-off!"

Sport doesn't get much quicker than that and it was one of the greatest sporting moments of the decade. "But Shane", you may protest, "The women's US Open final was rubbish. Surely you can't justify the amounts these women get for barely an hour on court?"

In this "press your red button, we want your votes, tell us what you think" era we live in, maybe the day will come when fans get to decide how much money a sportsperson earns based on their level of performance. Until such time, remember that sportspeople are not obliged to put on a show for you. Their only obligation is to try and perform to the best of their abilities. If you want performing monkeys, may I suggest you try the circus. Yes, Zvonareva was dreadful, but it was not for the want of trying. And as for Clijsters, what was she supposed to do? Deliberately lower her level and string the match out for a little bit longer? Sport isn't a meritocracy. Sometimes watching it can be a right washout, regardless of your level of enthusiasm. Just like when you buy a new album from a musician you like or watch a film from a director who you respect.

While men's tennis is currently at a higher standard to the women's game, (that tends to happen when you have two of the greatest ever competing at the same time) this hasn't always been the case. When the likes of Steffi Graf and Martina Navratilova were in their pomp, you could - relatively speaking - easily state that the women's game was the superior one. Graf & Navratilova are legends of the sport, but the fact that they didn't earn as much as the men of their era is a clear statement from tennis's administrators that their achievements were not worth as much.

Whatever feats achieved by the likes of Roger Federer and Rafael Nadal, they should not have any influence on the women's game. It's not the job of the two genders to try and outdo each other. This isn't battle of the chromosomes. To try and compare them is both reductive and insulting.

Now that the prize money is equal, the explicit sexism exhibited by many on this subject has been quelled but not silenced. It now takes a more insidious form of skirting around the issue. An "I'm not a sexist but..." style of rhetoric.

And why? Well here's tennis's dirty little secret. It is one of the few sports where women have parity with men in terms of public profile. But not for the same reasons. A male tennis player is a sportsman first, and everything else surrounding him is window dressing. For a female tennis player, it's all about the window dressing. How often have cruel jibes been made about Steffi Graf's nose or Martina Navratilova's developed arms. In today's game if a woman has a stereotypically masculine or aggressive demeanour on court then "she's probably a lesbian." And if you're one of the players who lucked out in life's genetic lottery then attention will still be focused on how you look rather than how you swing a tennis racket. Just look at the coverage afforded to Maria Sharapova & Caroline Wozniacki over the past two weeks. If they wanted they could easily make a financial killing by selling their looks rather than their tennis skills. Don't believe me? Two words. Anna Kournikova.

And until we stop such objectification, then giving the women players equal prize money will be nothing more than a token gesture in terms of gender equality in sport. Hey, there's nothing wrong with commenting on how good Sharapova or Woznicaki look. But can we make it secondary to the thing they actually do for a living? While there's plenty of women who'll swoon at the sight of Rafael Nadal with his shirt off, when his career is over that's not what he'll be remembered for.

Don't forget to download 'The Greatest Events in Sporting History'. Available at http://sportsevents.libsyn.com/ or at www.simplysyndicated.com, e-mail us at sportshistoryshow@googlemail.com and you can follow us on Twitter @TGEISH
Posted by Shane at 06:59